During the September school holidays, a squad of BGGS rowers travelled to Rockhampton to represent the School at the Queensland Schools Championship Regatta. The crews raced over three days and achieved podium results in five events.

Additionally, our two Eight teams raced each other in the final of the Schoolgirl Eight Championship with the First VIII narrowly defeating the Second VIII (5th and 6th respectively). A special mention must go to the Year 8 First Quad for winning both their Head of the River and State Championship races.

Thank you to Mr Darcy Wruck for his organisation of the trip, and to Ms Jo Genders and our coaches for accompanying Darcy and the rowers on their successful State Titles campaign. 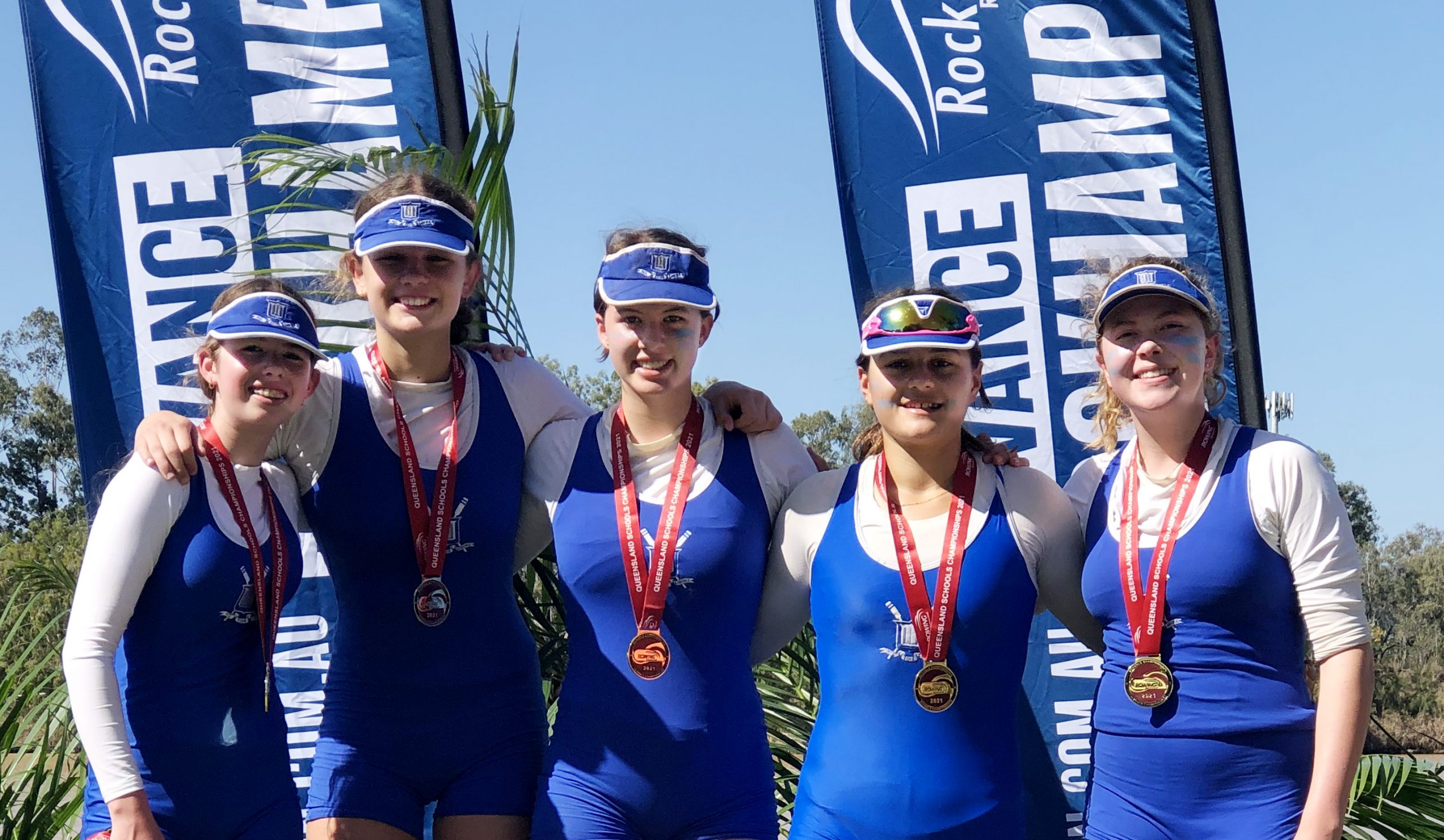