On Tuesday 29 and Thursday 31 May, 18 Girls Grammar students in Years 7 to 10 represented the School at The da Vinci Decathlon State Competition.

The Year 10 team won first place in their year level, and will compete at the National Finals at Knox Grammar School, Sydney, during the upcoming holidays.

Congratulations to all students who were selected to compete based on their aptitude for a range of academic disciplines. Special congratulations go to the Year 10 team, who placed first in Code Breaking and English, second in Engineering Challenge and Ideation, and third in Creative Producers, securing their position as the highest-scoring team.

The team were surprised by their win, but credit their success to a strategy of playing to their strengths. The team’s favourite sections of the competition were Code Breaking and General Knowledge, and they prioritised open communication, sharing ideas, and asking each other for help when required.

The students hope to do their best and make their School and peers proud when they compete in Sydney in July. 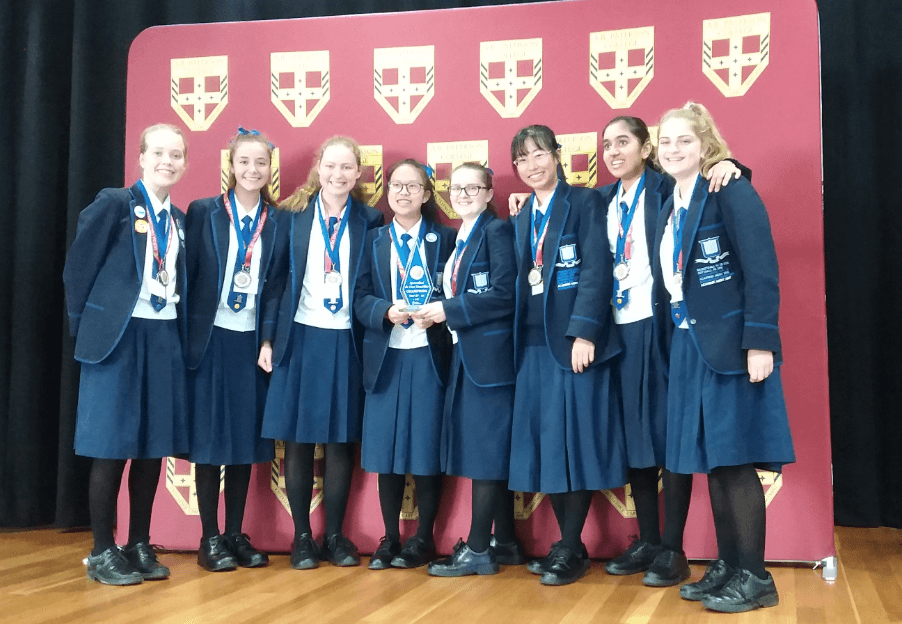