‘Where in the World is Frank Sparrow?’ Takes Us Deep Underground: a Review

Subterranean creatures? A young girl with the power of shapeshifting? A centuries-long gangland feud threatening the very survival of the human race? Only in the Gehrmann Theatre, right?

For something different, I thought I would chime in with a brief review of the latest Year 9 and 10 Drama Production, the ominously dark (yet light-hearted) play, Where in the World is Frank Sparrow?

The product of Miss Sharni Folland’s BGGS directorial debut is a rare delight thrust upon the backdrop of humanity’s most grisly of characters. While the aesthetic is cold, dark, dank and threatening, there are glimmers of hope, windows of opportunity, diamonds in the rough … one of which is our young protagonist, Frankie Sparrow. Narrated by an ensemble of omnipresent beings, Frankie’s story professes the need for belonging, the desire for purpose, and the beauty of the beast. While film noir has its place in film history, I am reminded of this iconic style when I track the antagonistic, trenchcoated, beastly hunters, Warren and Nyx—forces with which to be reckoned—forces that seemingly threaten Frankie’s very existence. These two are a mere taste-test of the chorus of characters that inhabit Stab City and its neighbouring underworld.

A mammoth, superbly crafted set swallows the Gehrmann stage, and represents the many locations of Stab City in a graphic novel-style shift, as if the reader jumps from one frame to the next. A clever achievement, reminiscent of another famous Frank—the graphic novel champion, Mr Miller. Illuminated and enhanced by the brilliant lighting and audio-visual designs of local Brisbane artists, Where in the World is Frank Sparrow? is a DeLorean of its own, a vehicle that will transport you to places upon which you would never dare visit.

Come along to this free-verse delight.

So, enjoy the night! 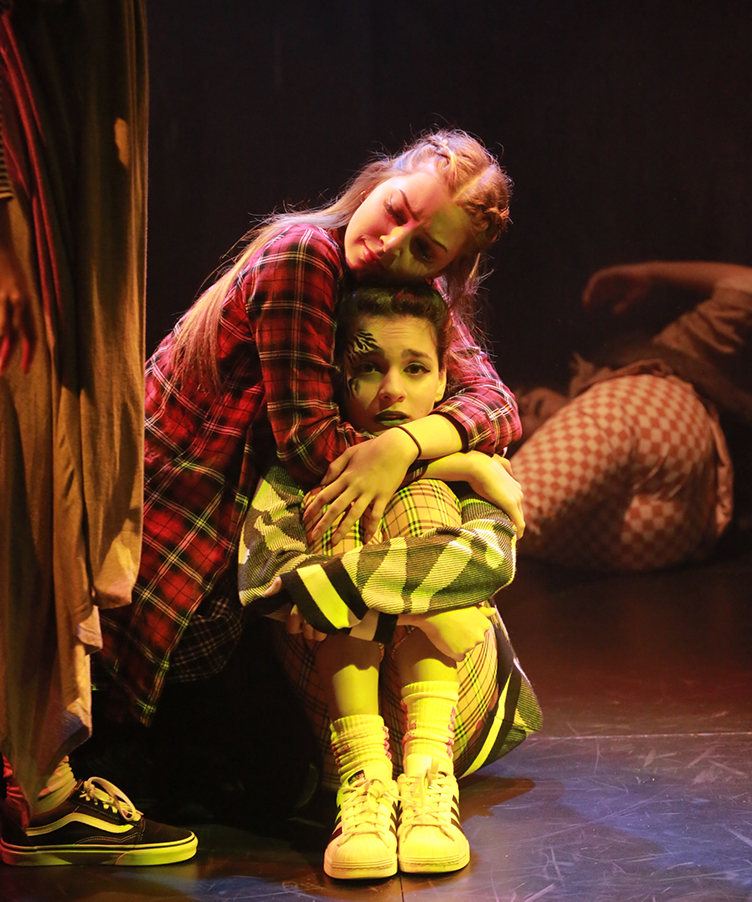