In Year 8 English during Term 2, students wrote original slam poetry about a contemporary issue important to them. They performed their compositions in class, and each group selected a winner to compete in the annual Year 8 Poetry Slam, which was held during the long lunch break on Wednesday 31 August.

On the day, the 10 emerging poets performed to the packed stands of the Choir Room. Topics ranged from deforestation and calling out injustice, to gender inequality and the addictive properties of social media. Brimming with metaphor and metre, poems were deeply thought-provoking, and the audience was enthralled by the captivating performances. As is convention at a Slam, the audience ‘clicked’ when a poet’s words struck a chord, sending their positive feedback to the speakers in lieu of clapping.

Adjudicators Mr Cupitt, Ms Walls, and Ms Egan, expressed their immense pride in the speakers, noting the competitive field and the courage required to present an original poem at such a large forum. They acknowledged all 10 participants for their considerable efforts, both in terms of writing and rehearsing their poems to such a polished standard.

Congratulations to runner-up, Annabelle Abrahams (8G), for her poem, Masterpiece of Colour, and overall winner, Elin Schulz (8R), with a piece entitled Trees. Both girls received book vouchers and Elin’s poem will be published in the School Magazine later this year. We thank Ms Euler for her support of the competition, the Facilities Team for setting up the venue, Ms McCabe for providing the AV equipment and photography, and Ms Genders for presenting the prizes on behalf of the English Faculty. 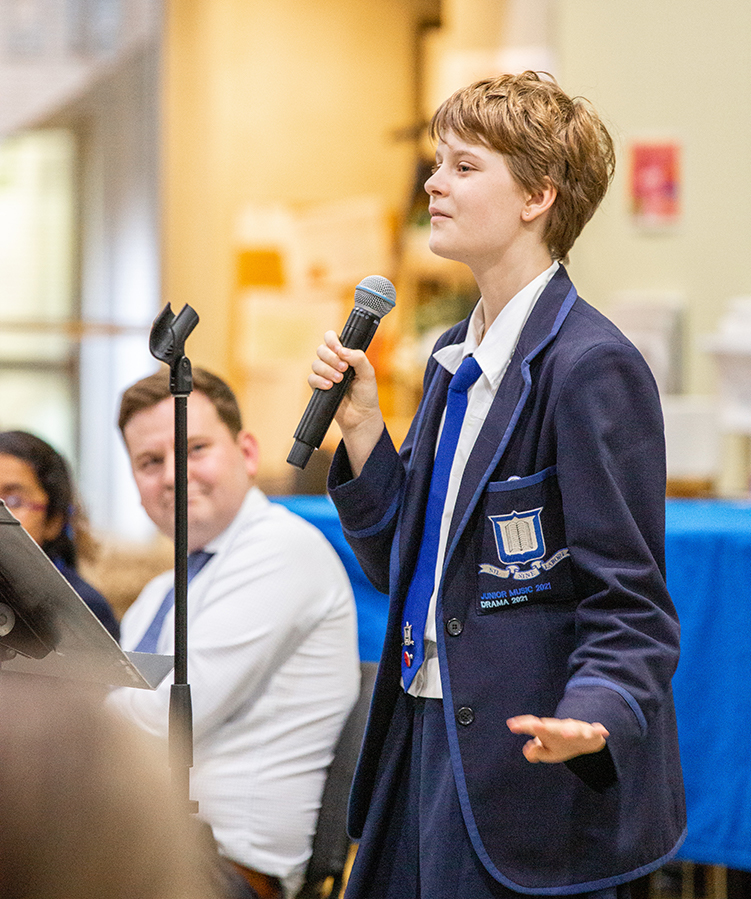