As students and staff returned to the Main Campus at the start of term, they were delighted to see the Science Learning Centre had grown several stories higher during the summer holidays.

The 26 students in the 2020 Science Learning Centre (SLC) Access Group have continued their learning activities during the first half of the term. On Wednesday 4 March, the group were invited to attend a workshop with BGGS alumna and Construction Manager, Cherise Czislowski (De Vere, 2002), where they learned about the progress of construction of Levels 2, 3 and 4.

Cherise then led the group through the site, introducing them to the site manager and highlighting significant construction processes such as reinforcing steel and post tensioning. On Level 4, students were shown the key construction process which consists of raising the core walls ahead of the peripheral slabs, beams and columns that make up each floor.

A highlight of the tour was the opportunity to see Harriet the Crane lifting the ‘kibble’, a device for transporting wet cement into the core walls to form the structural concrete elements.

The group visited the Health and Physical Education recreation space on the lower floor of the building, completed several weeks prior, where they could see utilities such as plumbing and air conditioning being installed.

The Student Access Group then reported back their experiences to their Year levels during assemblies in Week 6. 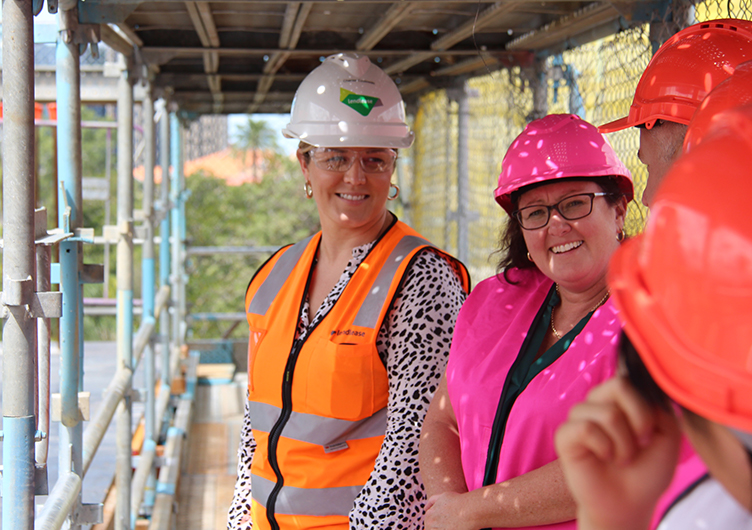 An aerial photo of the Science Learning Centre, taken the day after the SLC Access Group visit.

An Exciting Next Stage in Science Education

A new space to play at BGGS