From the International Studies Classroom

On Monday 17 June, the International Studies Faculty hosted a Languages Day for Year 7 students. This event offered students a range of cultural activities relevant to the five languages girls can study at the School, allowing students to enjoy learning outside the classroom and perhaps inspire them to study languages in Years 8 and 9. Students participated in two 30-minute activities during their scheduled Languages class in Period 3 or 4.

Girls interested in German had the choice of a craft session, making Alpine Hats and Schultüte, or participating in traditional Bavarian dancing. Japanese lovers were able to dress-up in traditional summer kimonos or learn manga drawing, while Chinese offered calligraphy classes and traditional paper cutting. Girls interested in French built Eiffel Towers from spaghetti and marshmallows, or played Pétanque, which is similar to bowls. Talented singers joined in the performance of Roman pop songs and some students identified body parts in Latin, pinning the parts on Hercules. 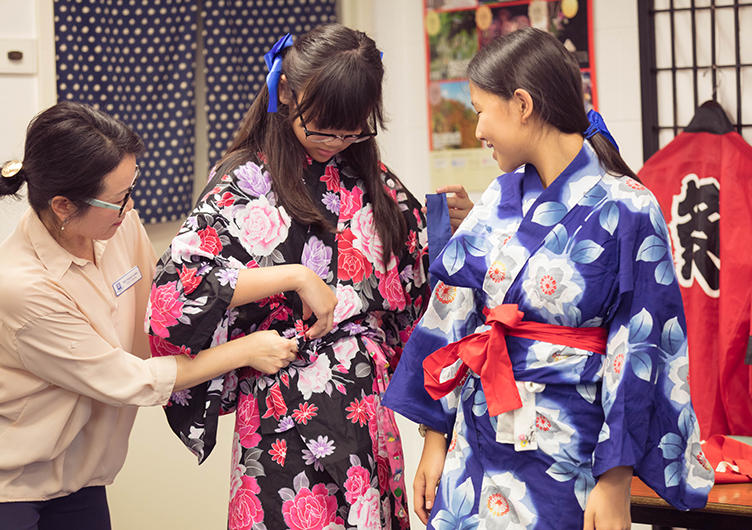 Living Languages: Know Others, Know Yourself