During 2018 and 2019, I completed two astronomy courses delivered via Swinburne University. The first of these, Exploring Stars and the Milky Way, covered topics such as the birth, life and death of stars and the structure of our galaxy. This included studying the links between what can be observed and what can be determined from these observations (distances, temperatures, composition, etc.), the anatomy of the sun, and absorption and emission spectra. This last topic, in particular, has strong links with both the new senior Chemistry and senior Physics courses. The course also investigated Hertzsprung-Russell diagrams in terms of the life cycle of stars (which we have incorporated into our Year 10 Physics course).

Throughout the semester, various topics were discussed via online forums. This allowed for in-depth consideration of the course content. A major component of the assessment was the completion of an essay on one of several set topics. I reviewed research on Fast Radio Bursts, an area of study that has only been occurring since 2007 when the first such signal was found serendipitously during a review of data from the Parkes Radio Telescope. This highlighted the continuously evolving nature of astronomical research; there is still much to be discovered and investigated.

The second semester of study was Astrophotography and CCD Imaging. This course included an interesting mix of information about the observable characteristics of celestial objects and regions, and the technical aspects of actually obtaining the observations. Some areas included optical aberrations, filters, CCDs (how they work, limits of recording), noise, colour images, photometry and data reduction. Some of this content has been incorporated into the observatory modules relating to image enhancement.

Again, forum discussions were an important part of the course and encouraged further research into various topics. For example, I researched the life of Annie Jump Cannon (1863-1941), a pioneering woman astronomer who developed the system, still used today, to classify stars based on her understanding of the link between emission spectra lines and the temperature of stars.

The highlight of the course was the major project. There were 10 project options available and I made a request to do an alternate, photometry-based project to further our understanding of the capabilities of the Dorothy Hill Observatory. This was approved and I conducted a study to determine times of minima (time at which the system is dimmest) and, from these, the period of an eclipsing binary star (YY Aps). This is a little-studied star system for which I only found observations of four prior minima following an initial study in 2000. YY Aps was chosen for several reasons. Firstly, it is visible from the Dorothy Hill Observatory through the entire year. Secondly, it has a period of around 20 hours which means that the primary minimum is during hours of darkness quite regularly. Thirdly, the change in brightness is significant enough to be detected via CCD imaging.

Although the weather was not particularly helpful (over 50 per cent of March and April were cloudy) two data sets (consisting of around 300 images, each with a shutter time of 60 seconds) were collected using the equipment at the Dorothy Hill Observatory. Specifically, the Planewave 14” CDK telescope, with a FLI Proline 16803 16 megapixel monochrome camera, was used. I processed the images using SiriL, which is the freeware astronomy software we are teaching our students to use as it can be run on both Mac and PC operating systems.

There was an interesting problem that became apparent during the processing for one of the data sets in that the telescope performed a meridian flip part way through the observational window and the software was not able to track the stars from image to image across this point. This was easily solved by processing the pre-and post-meridian flip images separately and then recombining. These two data sets, along with another obtained from Siding Spring Observatory, were used to determine the period of the eclipsing binary system to high precision. I will be creating step-by-step documentation of the processes involved in requesting images from the Observatory, data reduction and reporting of data, so that students will be able to complete similar projects. It is expected that the study of YY Aps will become a project where ongoing observations can be used to further improve the accuracy of the calculated period, as well as adding other stars to an observational schedule. Hopefully, student data will be able to be submitted for publication in peer-reviewed journals in future.

Working on this project greatly highlighted the collegial nature of astronomy. I contacted an astronomer in New Zealand with a question about one of the prior observations of YY Aps and he not only responded to my question, but also added me to his group’s discussion forum and offered other assistance. Closer to home, the project would not have been possible without the technical help of Dr David Trappett (current BGGS parent). His dedication was evident when he sat up one night at his computer to manually remotely open and, three hours later, close, the Observatory roof when the automated system was experiencing difficulties. Mr David O’Driscoll (parent of BGGS alumna) was invaluable in talking me through the data reduction processes and gave up a lot of his time in assistance. He also used some of his booked time with Siding Spring Observatory to obtain an additional data set for processing. Science teacher, Ms Gerri Bernard and former Head of Chemistry, Dr Keith Treschman also assisted in proof-reading my project work and I thank all the Science staff for their support. I am very appreciative to the School for supporting me to undertake this study. 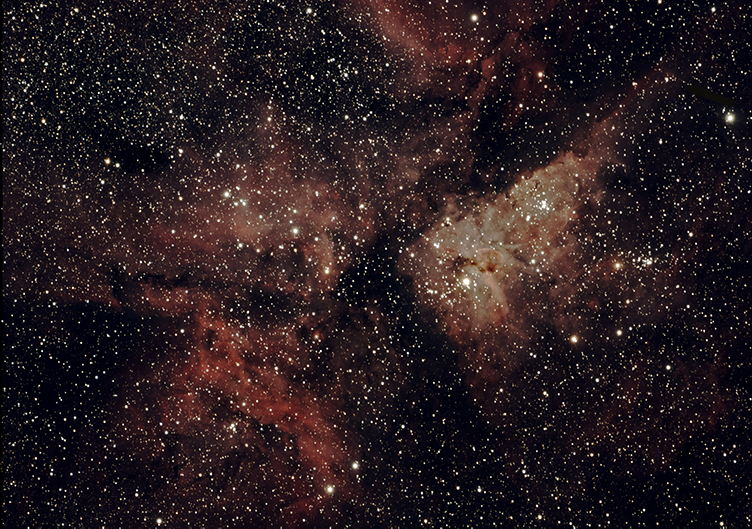 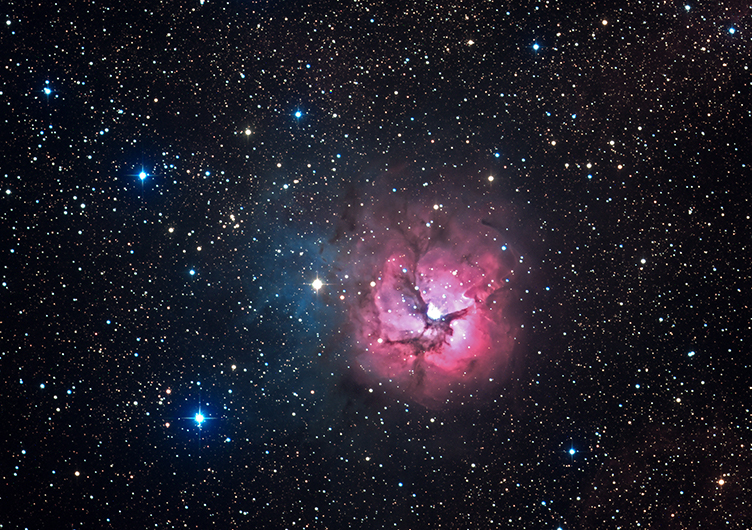 From the Science Classroom