Dr Lavinia Codd to Share her Story of Triumph Over Adversity

Next month, Girls Grammar will welcome past student, Dr Lavinia Codd (1986), to the School to share her experiences as a neuroscientist at Queensland Brain Institute (QBI) and discuss how her research has been inspired by her personal journey of recovery from stroke.

After pursuing a career as a Chartered Accountant and working at leading accountancy firms around the world, Dr Codd decided to undertake a Science degree following the birth of her children.

While attending a dinner function with her husband, she began to feel unwell, and presented at her local Emergency Department.

‘I suffered no classic stroke symptoms, and given my young age, was sent home from the hospital to recover from what doctors believed to be a migraine.

‘A few days later I returned after my symptoms persisted, but it was too late. The damage had been done, and the nature of my deficits meant few post-stroke treatments would be of any benefit to me,’ Dr Codd said.

Dr Codd had suffered a stroke, at age 31, that damaged the parts of her brain critical for forming new memories and vision, affecting cognitive functions related to learning, and causing a loss of her left field of vision.

She resumed her Bachelor of Science to drive her cognitive recovery, and then completed her PhD in Professor Perry Bartlett’s laboratory at Queensland Brain Institute (QBI).

Dr Codd has also taken on an Advancement role at QBI, and established the QBI Stroke Advisory Board to raise awareness of, and funds to support, vital research into stroke.

Dr Codd’s inspiring story, and her determination to improve thechances of recovery for the almost 50 000 Australians who suffer a stroke each year, has seen her featured on Conversations with Richard Fidler and in The Courier-Mail’s QWeekend publication. 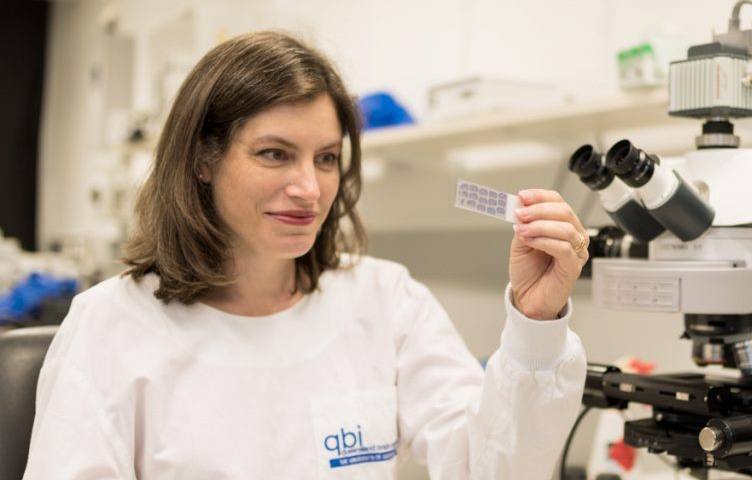