On Thursday 22 April, Service Captains, Jill Campbell (12O) and Sierra Reza (12H), along with House Service Captains, Samantha Dunk (12H) and Katie Bowden (12M), attended the ANZAC Commemoration Ceremony for Students at ANZAC Square. Director of Service, Mrs Lynne Mungomery accompanied us as we commemorated ANZAC Day, and recognised the sacrifice made by our ANZACs.

After an opening address by the Governor of Queensland, His Excellency the Honourable Paul de Jersey, we heard from Mr Bart Mellish, Member for Aspley, who represented the Premier, Ms Anastasia Palaszczuk. Both speakers described the sacrifices of the ANZACs, and how the values of courage and mateship shown by these soldiers have shaped our Australian identity. We also heard from Madeline Francis, one of the winners of the 2019 Premier’s ANZAC prize. Madeline explained that an estimated 1000 Indigenous Australians fought in World War I despite not being recognised as Australian citizens.

Although this was a sombre occasion, there was an atmosphere of hope and optimism that we could all join together to recognise the service of such brave women and men. Lest We Forget. 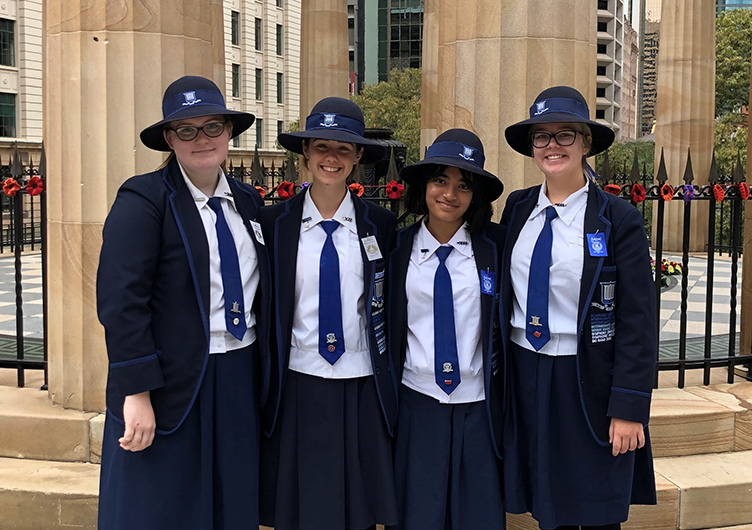