BGGS Dominates on the Tennis Court

Tennis trials were held in Week 1, Term 3 with a large number of girls trialling. As a part of the trialling process students targeting selection in the Open team played in the Intramural Tennis Competition. Congratulations to Emily Ryan (9E) for winning this tournament. Training has been underway since Week 2 and since then we have seen a high level of enthusiasm and commitment from all players.

While we were unable to select a second Junior C team this year, we have introduced a Junior Development Squad of 10 students in Years 7 to 9. These girls will have the opportunity to play a squad competition on Thursday 3 September at BGGS. We look forward to witnessing the skill development of these girls.

We have played five rounds of fixtures this term. At this stage of the competition all teams, with the exception of the Open Team, remain undefeated. The Open Team are currently placed second on the ladder, having lost only to St Aidan’s Anglican Girls School. BGGS are yet to play Moreton Bay College, Somerville House and Brisbane State High School. These should prove to be an exciting three rounds. Good luck to all tennis players over the next three weeks. 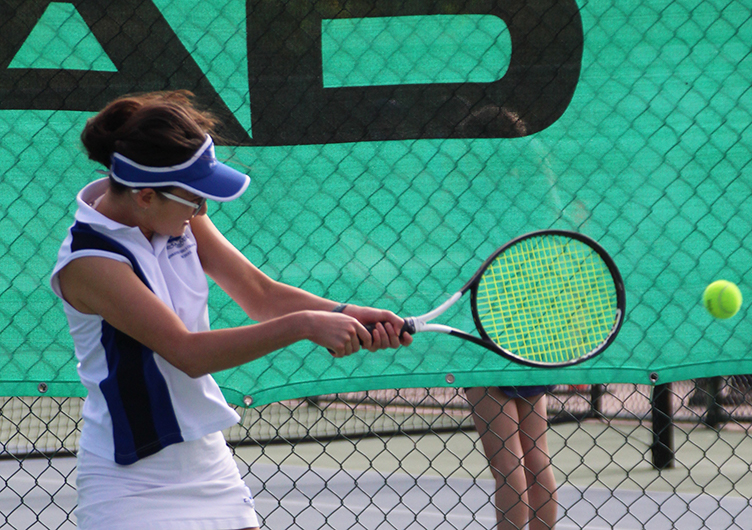