More than 255 girls play Water Polo for Brisbane Girls Grammar School. Over the past 40 years, Grammar girls have left their mark in local, national and international competitions.

BGGS first fielded a team in the Brisbane Amateur Junior Water Polo Association in the 1973–74 season. Some of the girls’ fathers approached Principal, Mrs Nancy Shaw, to instigate a committee to manage the sport, and consequently the BGGS Water Polo Club became an official entity for the 1975/76 season. Enthusiasm for the sport grew quickly, and within four seasons, the Club had expanded to 12 teams (Harvey-Short, 2011, p.77).

Unfortunately, due to the COVID-19 outbreak, the 2019–20 BWPI competition concluded early; however, Girls Grammar Water Polo had a strong season with four teams finishing in top three positions. Many players’ efforts were recognised with 13 girls selected to state representative teams. Additionally, Isobel Lumley (11M) was named in the U16 Australian Water Polo Squad.

My big sister, Mary Comiskey (10B), plays Water Polo, so that made me want to play too.

I came from Ascot State School. There were a lot of people who came from my school, but none of them are in my House, Beanland. Playing Water Polo was a good way to get to know people. I really like it, for its social side, as well as playing generally. I like talking to my friends, playing, and just having a lot of fun.

I actually started playing Water Polo in Year 4, for River City, and as soon as I got the chance to play for Girls Grammar, I jumped at it.
The hardest part of Water Polo is getting up early in the morning. Training starts at 6.15 am! The most fun part of Water Polo is that you learn lots of new tricks, like turning your defender and scoring a goal.

I plan to keep playing—my goal is to make the BGGS Open team one day.

Even before Water Polo became an official School sport, BGGS alumnae were making their mark in representative teams.

Deborah Handley-Cummins BEM (Handley, 1972): Australian team representative and Captain during 1976–1988. Deborah led a dominant Australian team through six World Cups and to victory at the inaugural World Championships for women’s Water Polo in 1986 in Spain. Deborah’s exceptional Water Polo career was recognised with her induction into the Sport Australia Hall of Fame in 2017.

Nikita Cuffe (1996): Australian team representative from 1998–2008, competing in both the 2004 Olympics in Athens, where the team placed fourth, and in the 2008 Beijing Olympics, where the team claimed the Bronze medal. She was a member of the team that won the 2006 FINA World Cup and a Silver medal at the 2007 FINA World Championships.

Lucy Comiskey (7B) defends against her opponent 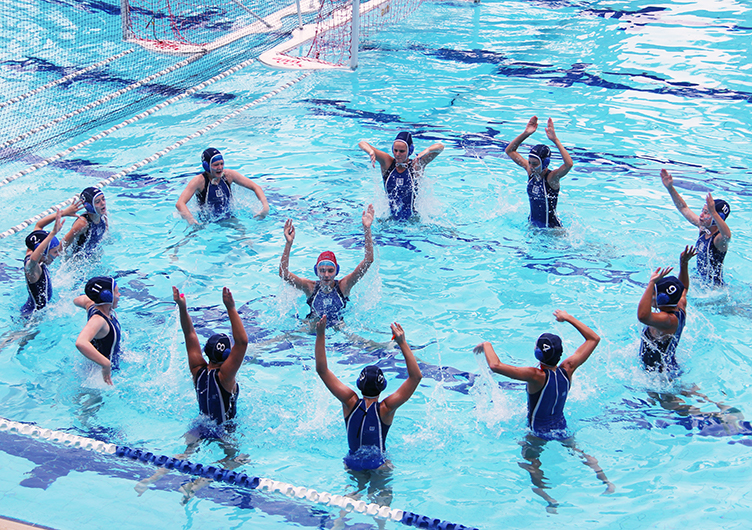