Water Polo Australia has announced a 13-strong women’s team for the upcoming 2021 Olympics.

Grammar Women Abby Andrews (2017) and Gabi Palm (2015) will both debut in Tokyo for their first Olympic campaign, the result of several years of hard work and commitment to the sport.

The Aussie Stingers have matched it with the best over the last few Olympics, receiving a medal in three of the last five competitions since the Women’s event debuted in 2000. The team will start their campaign at Tokyo’s Tatsumi Water Polo Centre on 24 July, with Australia drawn in Pool A with European Champions Spain, Netherlands, Canada and South Africa.

We wish both Abby and Gabi every success in Tokyo in July. 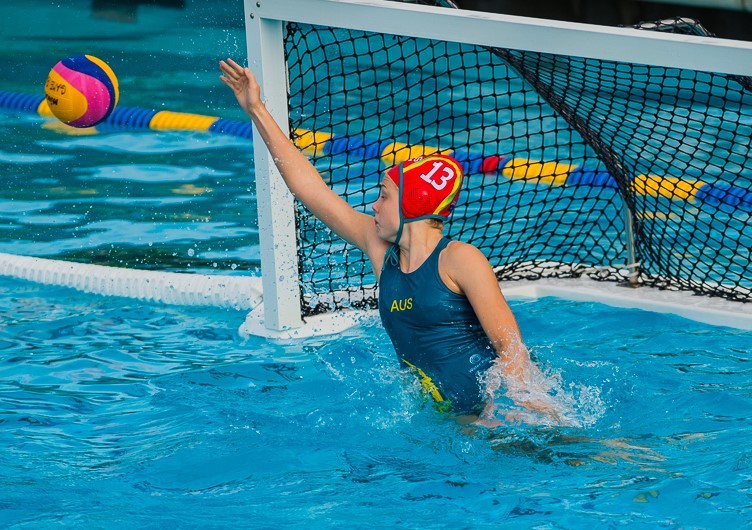 Gabi Palm (2015) in goal for the Aussie Stingers squad