The fourth round of QGSSSA Cricket was played on Wednesday 26 February, with the colour and energy of our annual Pink Stumps Day.

Raising awareness for the important work of the McGrath Foundation in assisting women and men experiencing breast cancer, girls donned pink ribbons, hats, scarves, socks and shoes, in support of this worthy cause.

Supporters who caught the bus from school added their own spirit to the afternoon, and the Beanland Bear made her annual appearance, delivering a drink to the umpire at the innings break. Girls enjoyed afternoon tea provided by the Mothers Group. Thank you to the members of the BGGS community who also assisted with the canteen; without your support an event such as this would not be a success.

Throughout the day, the cricket squad sold pink ribbons and badges, and in the afternoon donations were collected at the afternoon tea. The silent auction of sports memorabilia—kindly donated by the Fathers Group—is currently being finalised. Cricket Captains, Grace Crilly (12E) and Bridget Morton (12B), will announce the winners and the total amount of funds raised next week.

The crowd was treated to three exciting games of cricket. On the Daphne Welch Oval, the BGGS Open team dominated Moreton Bay College (MBC) from the opening over. Bowling first, BGGS dismissed MBC for 33 runs. Elizabeth Choo (11M) took a wicket in the first over, and Charlotte Banney (10L) took three wickets and a run-out for one run in the second over of the match. The remainder of the wickets were shared around, and BGGS started their batting innings chasing a target of 34 runs. They achieved this in only five overs and without losing a wicket. The opening partnership of Alice Barker (10R) and Amreen Kahlon (9B), who scored 21 and 10 runs respectively, continues to grow from strength to strength.

On the Pauline Harvey-Short Oval, the BGGS 1A team also defeated MBC. This was a much tighter contest, and our Cricket Captains played a large part in the victory. Bridget Morton (12B) opened the bowling, taking two wickets in the first over and finished with 2/3 from her two overs. Carmen O’Connell (9E) and Emma Rothwell (11G) also took wickets as BGGS restricted MBC to 31 runs. Grace Crilly (12E) hit three boundaries on her way to 18 runs before she retired her innings, alongside her opening partner Ava Myers (8W), who batted through the BGGS innings for nine not out. The 1A team passed the victory target in the fifth over, and finished on 43 runs for the loss of only two wickets.

The Division 2 social match between the BGGS 2A and MBC team took place on the Northern Oval. The BGGS girls scored their first win of the season, and were joined in their post-match celebrations by the Open team, who led them in the victory celebration.

The BGGS 1B team travelled to Carina to take on a strong Brisbane State High School (BSHS) 1 team. The BSHS total of 73 was too much for a spirited 1B team, who could only manage 27 runs in response.

Next Tuesday, the cricket season continues with the 1A and 1B teams playing an intra-school game at Rangakarra, and the 2A team travelling to Tingalpa. This round will be played on Tuesday to accommodate the QGSSSA Swimming Championship next Wednesday. 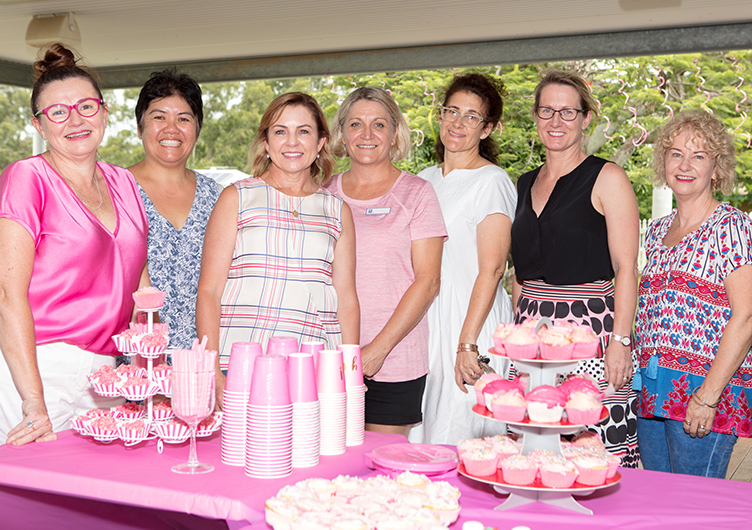 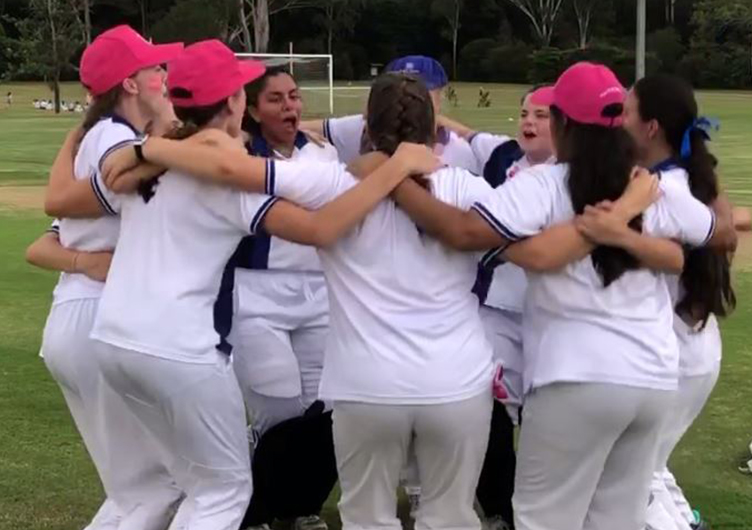 The Open team celebrates their win.