The QGSSSA Touch Carnival was held last Saturday at the Labrador Touch Association for the 11A, 10A, 10B and 8A divisions. Unfortunately, due to the large amount of rain last week, the Brisbane Metro Touch Association closed their fields at Whites Hill and the 7A, 7B, 8B and 9A Touch teams were unable to play in the carnival. Congratulations to all players for the quality of training and sportsmanship displayed throughout the first four weeks of Term 4.

11A Report
Due to disruptions earlier this year, the 2020 Touch season was rescheduled for Term 4. Thanks to some great work and organisation by the QGSSSA Schools, we were lucky enough to play in a Touch carnival last Saturday.

Training for the event started at the beginning of Term 4 with all 12 girls in the 11A team working hard alongside coach, Mr Craig Morrow, to fulfil the potential of the team.

On the day of the competition, we were placed in a pool with Brisbane State High School (BSHS), St Hilda’s School and Moreton Bay College. We knew it would be tough, however we were confident we could win. Despite losing our first game against BSHS, everyone in the team remained positive we could make the Grand Final. We went on to beat Moreton Bay College before facing St Hilda’s. Having lost two players to injury, we were exhausted and short on substitutions, however we were determined, and this helped our game. At the full-time siren against St Hilda’s, it was a tie. That meant we had to go into a drop-off. The first siren went off and no one scored, so the score remained 3-3. Persia Black (11H), Caitlin Brittain (11M) and I used a quick play, scored and won the semi-final. Unfortunately, due to the weather, the grand final against BSHS was cancelled. Despite the outcome we were proud of the leadership, teamwork, and resilience every girl showed that day, and are looking forward to more success in the 2021 season.

10A Report
During Term 4, the 10A Touch team worked extremely hard in preparation for the QGSSSA Carnival. On the day, our team played four keenly contested games and finished the tournament vying for third place. Each game was an opportunity to learn and improve on the last and we were excited to try out our new set plays, which were very successful.

This season the speed of the games intensified, and it was challenging to think on the spot and to effectively communicate with teammates. Highlights throughout the day included Alessandria-Jayde Tucker’s (10H) dive at the try line against the 2019 QGSSSA 9A Touch Premiers, St Aidan’s Anglican Girls’ School, and Millie Hunt (10O) weaving past defenders game after game.

It was also wonderful to have the support of the other BGGS Touch teams while competing, and in turn cheer on our Girls Grammar sisters during their matches. Although our final game for third place was cancelled due to the weather, we are looking forward to the 2021 Touch season, and cannot wait to use our new skills. 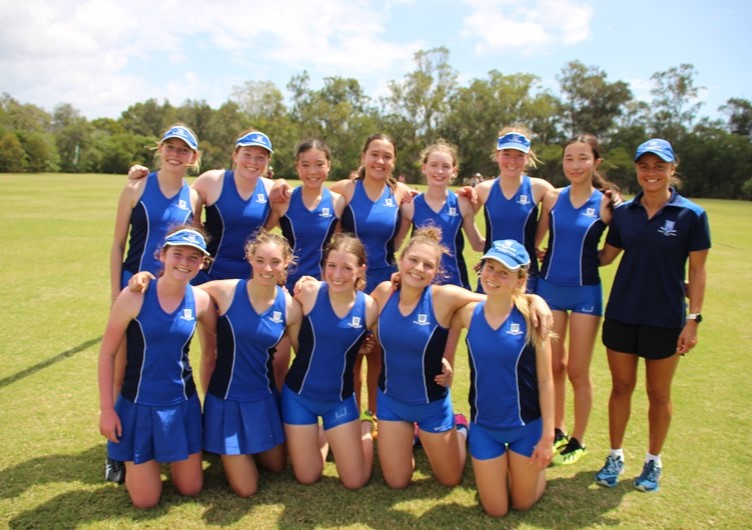 The 10B Touch team

10B Report
Last Saturday, BGGS Touch players embarked on a fun, exciting and challenging day at the QGSSSA Carnival. The 10B Touch team had been training for weeks leading up to the competition to perfect our passing, rucking, switches, defence, wraps and set plays.

By winning our first two games 4-0 and 3-1, it was clear that quick rucking, communication, and strong defence was essential to winning each game.

The final was a close game, with both teams giving it their all for a tied score of 1-1 before play was ceased due to impending storms.

Despite the last game and ceremony being cut short, the Touch carnival was a very enjoyable experience. The bond and teamwork between the 10B team was unbreakable and was reflected by our first-place win.

I am hoping the team can continue to improve our skills in the 2021 season.

Thank you to Mrs Nisbett for her coordination of the Touch season and our coach, Miss Penberthy, for her amazing coaching and support.

8A Report
Last Saturday, the 8A Touch team competed in the QGSSSA Touch Carnival. It was extremely exciting and fun, and while the outcomes of the games weren’t what we had hoped for, we focused on improving our subsetting and technical skills, such as hit and wrap, switch and our defence. We played and communicated very well as a team and we are looking forward to playing next year. Thank you to our coach, Miss Lydia Durkin, for helping us improve as a team and supporting us in each game. 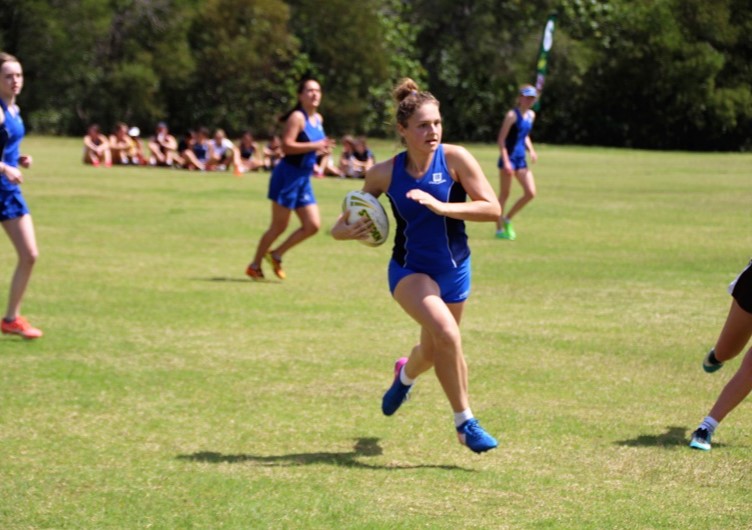