The final rounds of fixtures contained some of the most exciting matches of the season. In the fixtures against Somerville House and Brisbane State High School, the Senior B team managed to win by only a handful of games. Congratulations to Lilian Schuetz (12M), Angelina Hsu (11W), and Laura Russell (10G) on playing terrific sets to secure victories in both matches. Similarly, the Junior B team was only a few points from being defeated by Brisbane State High School when Elise O’Kane (7H) came back from 5-2 to win the deciding set 7-5. Last Saturday, the Senior A team’s Linda Koorts (10M) played the longest set of the season, fighting hard for almost 90 minutes before winning a thrilling tie-breaker.

The success experienced by our teams this year can be attributed to the girls’ hard work and the dedication of our coaching team: Mr Rob Smeets; Mr Hamish Buchhorn; Ms Ayesha Kumar (2017); Ms Starr Lee (2017); Ms Josie Dooley (2017); Ms Madison Satyasiv (2017); and Ms Annabel Ryan (Head Girl, 2018). Thank you to parents for supporting their daughters at matches each week and assisting with morning teas for home matches. 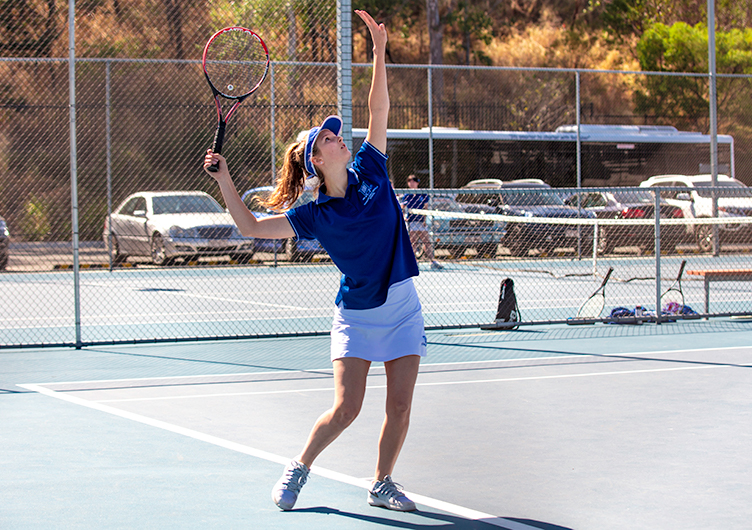